What happens to your garbage after you throw it out?

Our engineered control systems can now turn it into energy!

Richmond Engineering just finished a control system update for a Refuse Derived Fuel ( RDF) plant. In many parts of the United States, household garbage is dumped in a landfill and covered up.  Richmond Engineering has recently been working with utilities to turn trash into energy; we've developed controls for plants to separate recyclable material such as aluminum, steel, glass, and paper cardboard from their waste.

RDF typically consists of using combustible components such as waste materials that are non recyclable plastic, paper cardboard, and labels. After sorting the recyclable and non recyclable material,  the non recyclable/waste material is burned in a combustor. The resultant heat is used to create steam for heating in local facilities such as, schools and hospitals. Another use of this heat is the process steam for a manufacturer of sandpaper. During the summer, when there is a low heat demand, the extra steam is used to service and spin steam turbines that generate electricity. Our designs are intended to recycle the useful materials as well as create steam and electricity from the heat of the waste material. This process is also a good alternative rather than sending waste to the landfill.

Pictured is the original control system. It was unreliable, unsafe, and would often trip the plant causing there to be downtime and damage.

The next two pictures are the new controls that were installed this winter.

The final task is updating the Window's XP computers. 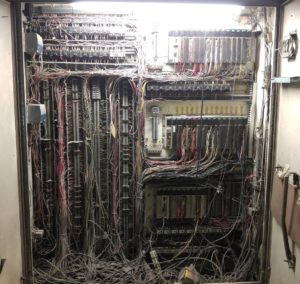 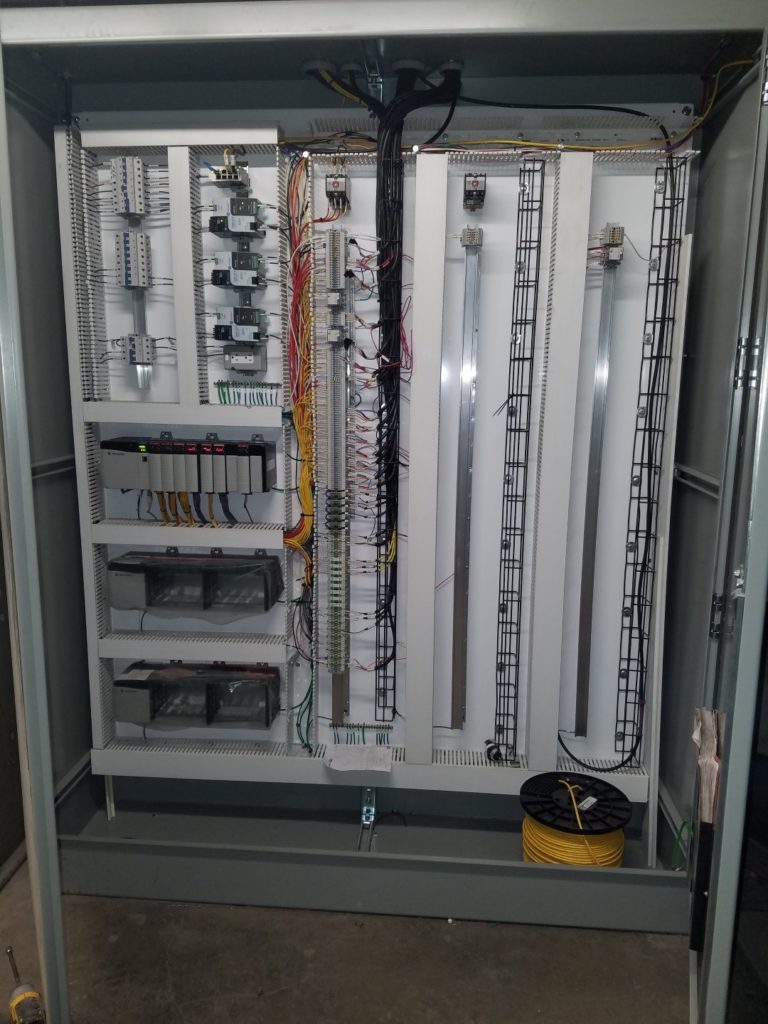 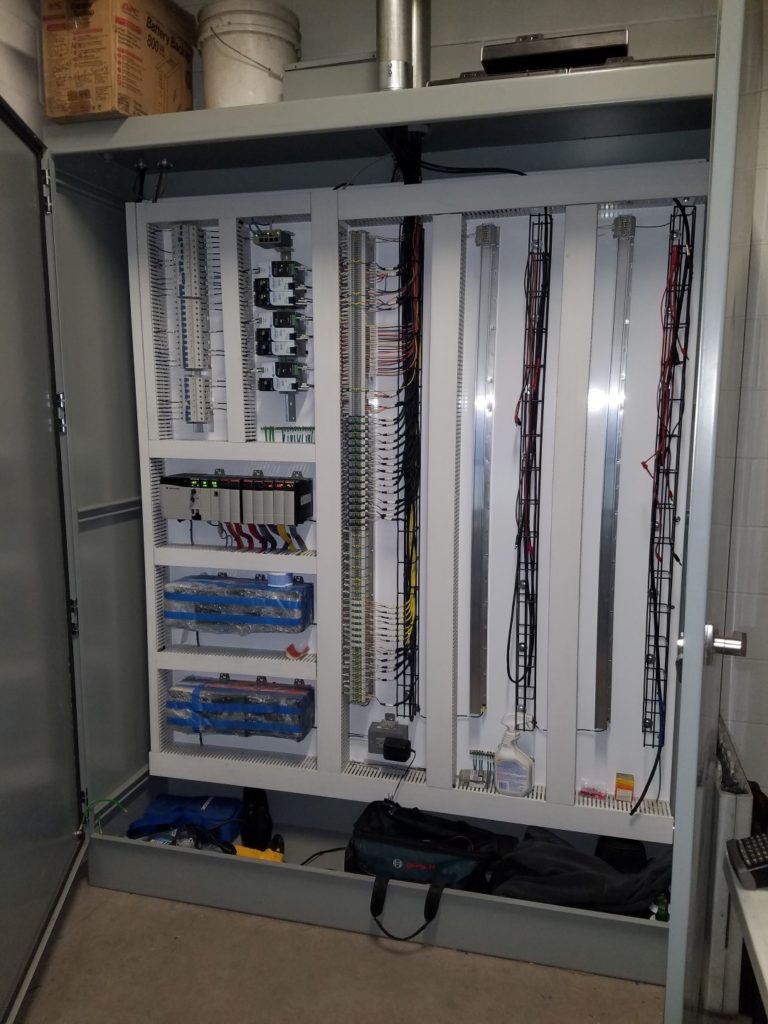 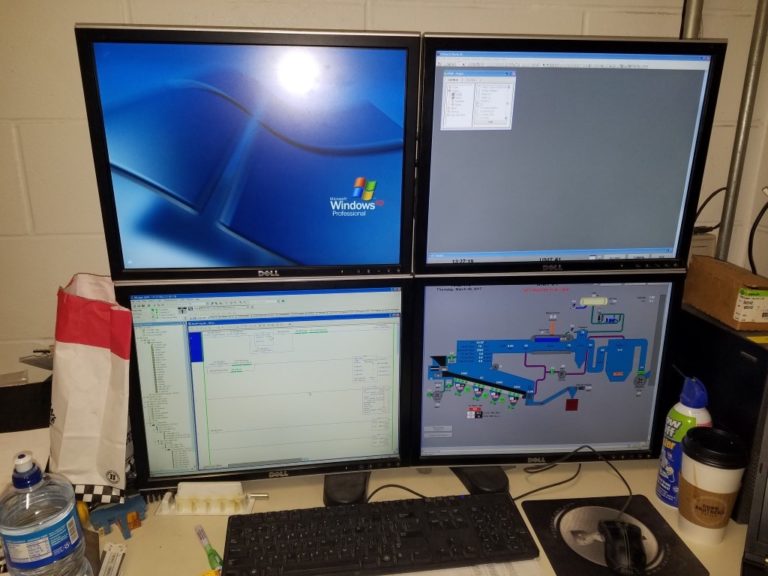